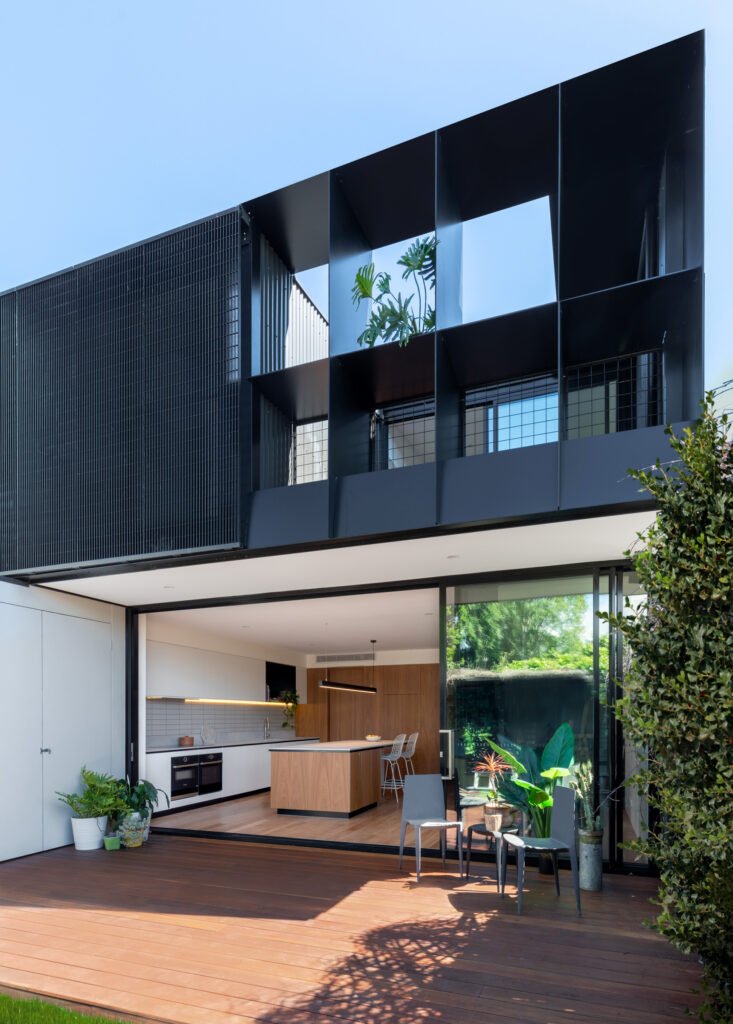 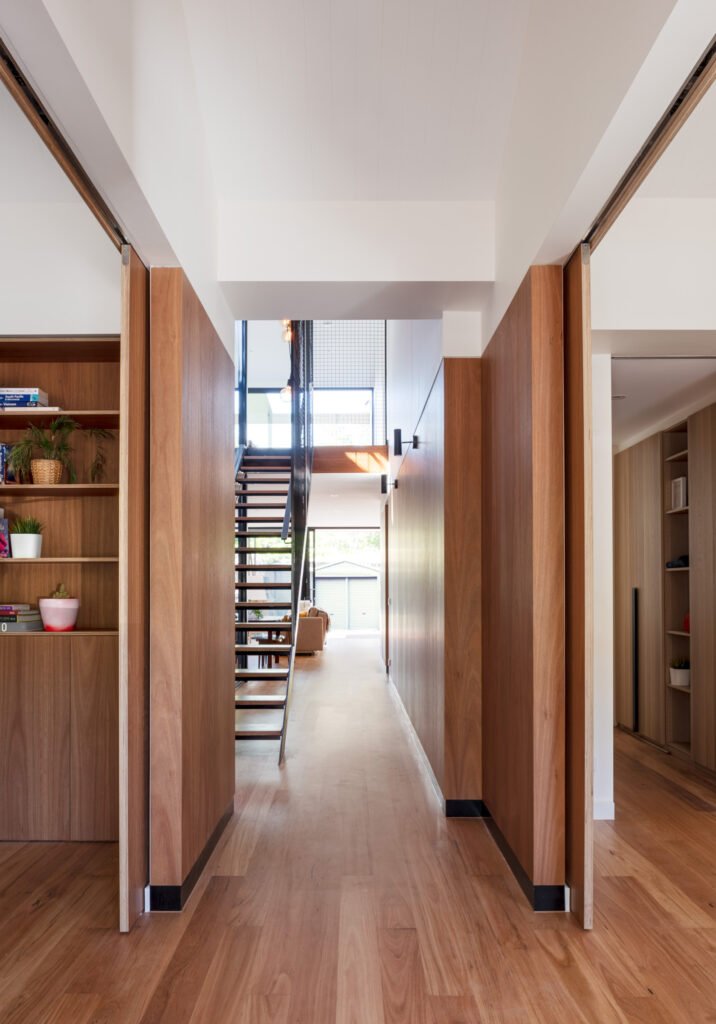 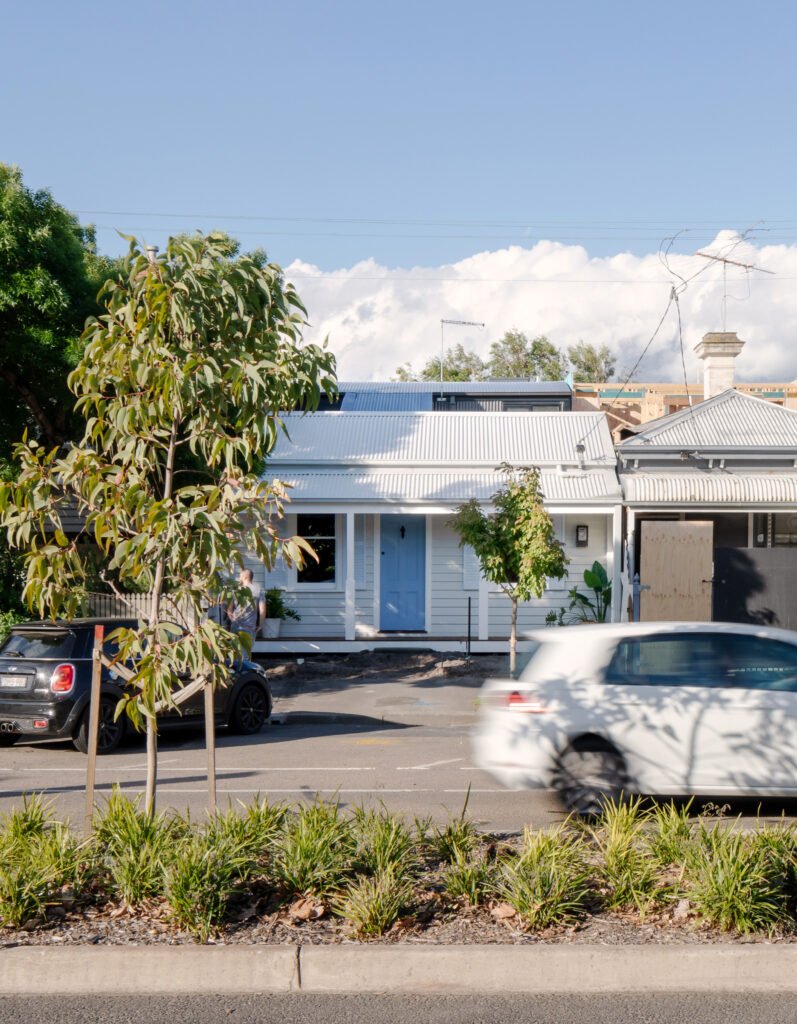 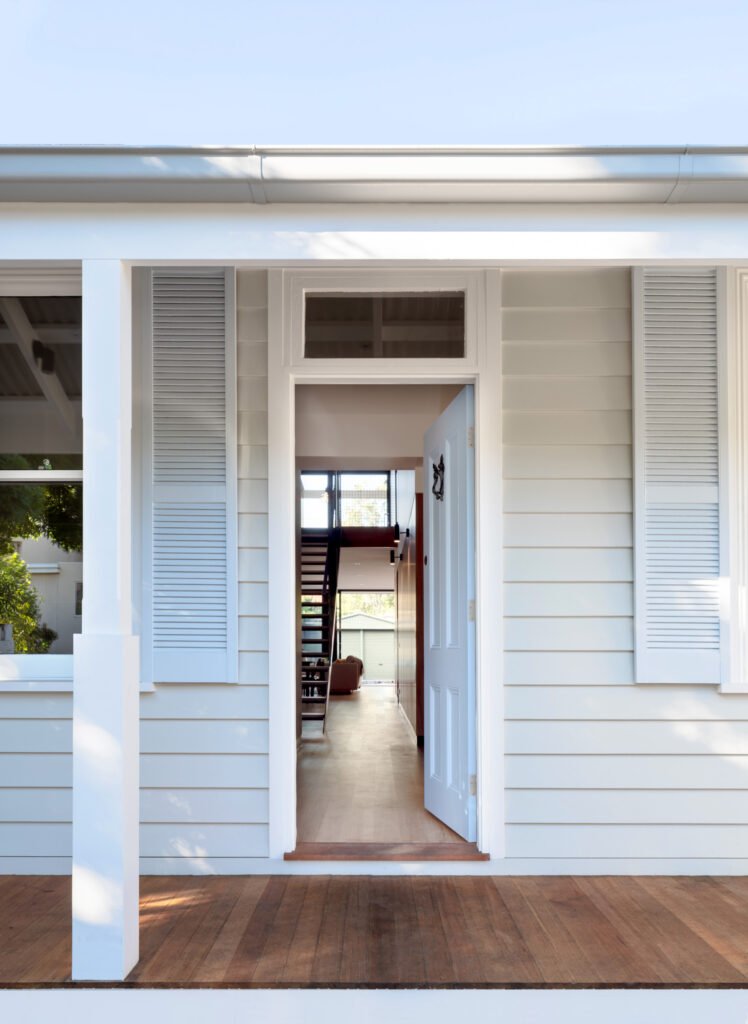 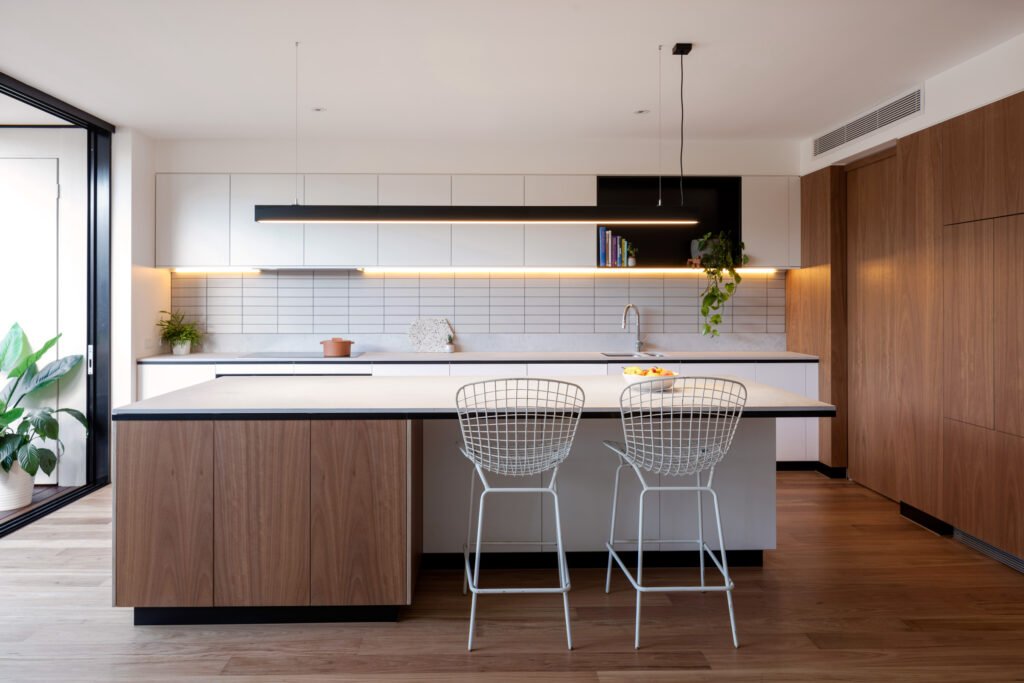 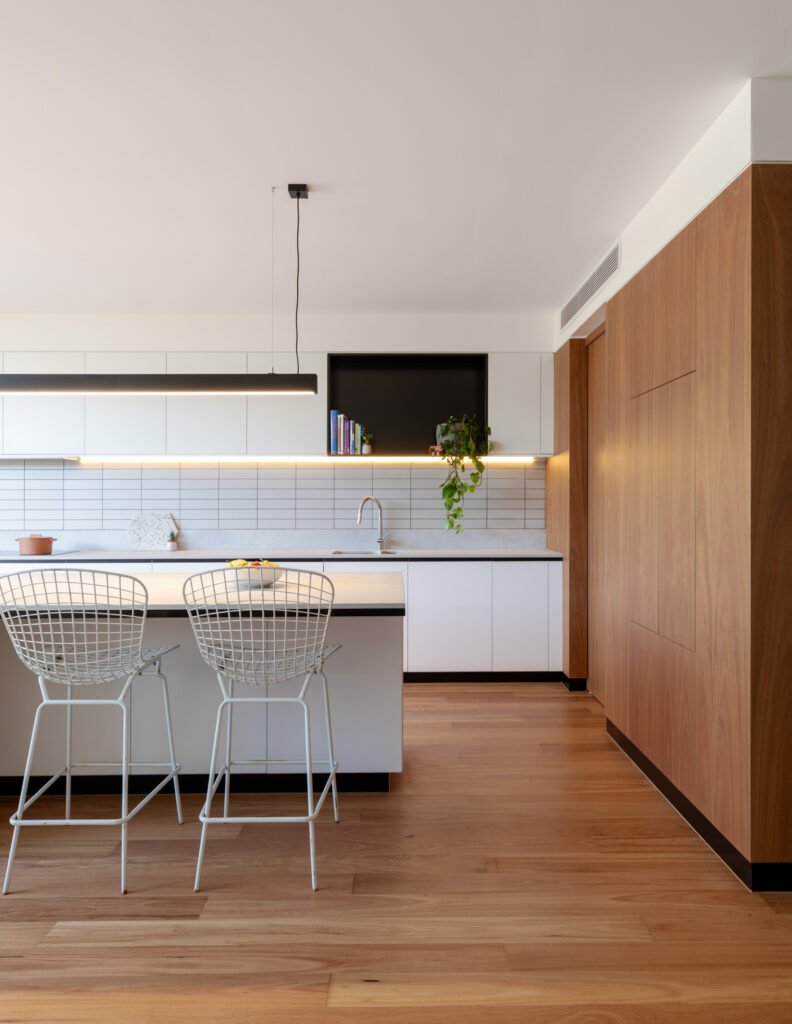 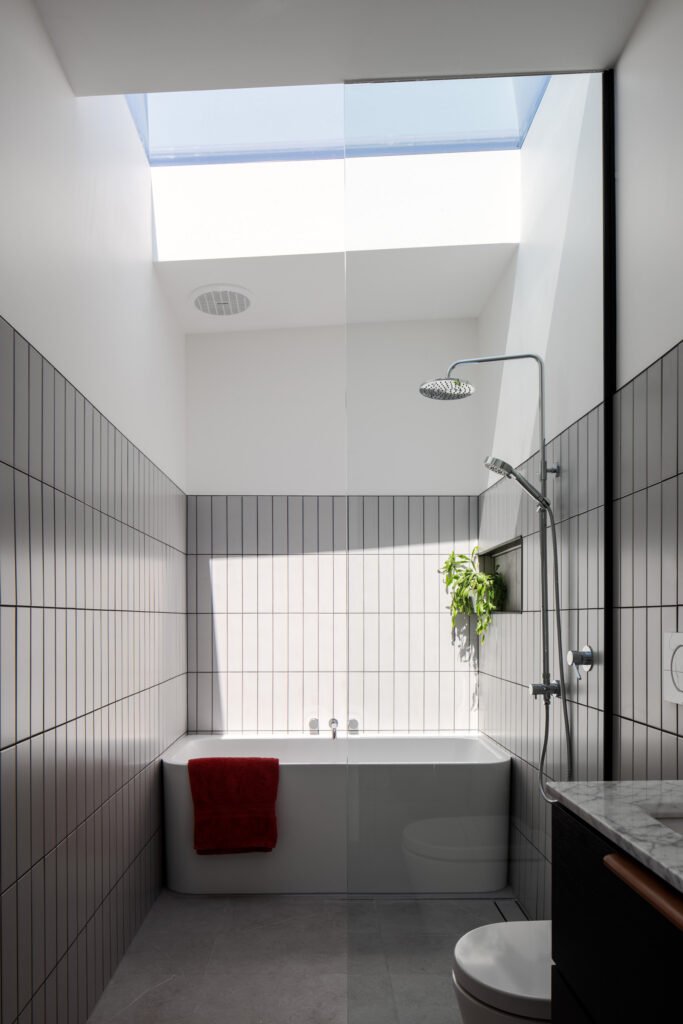 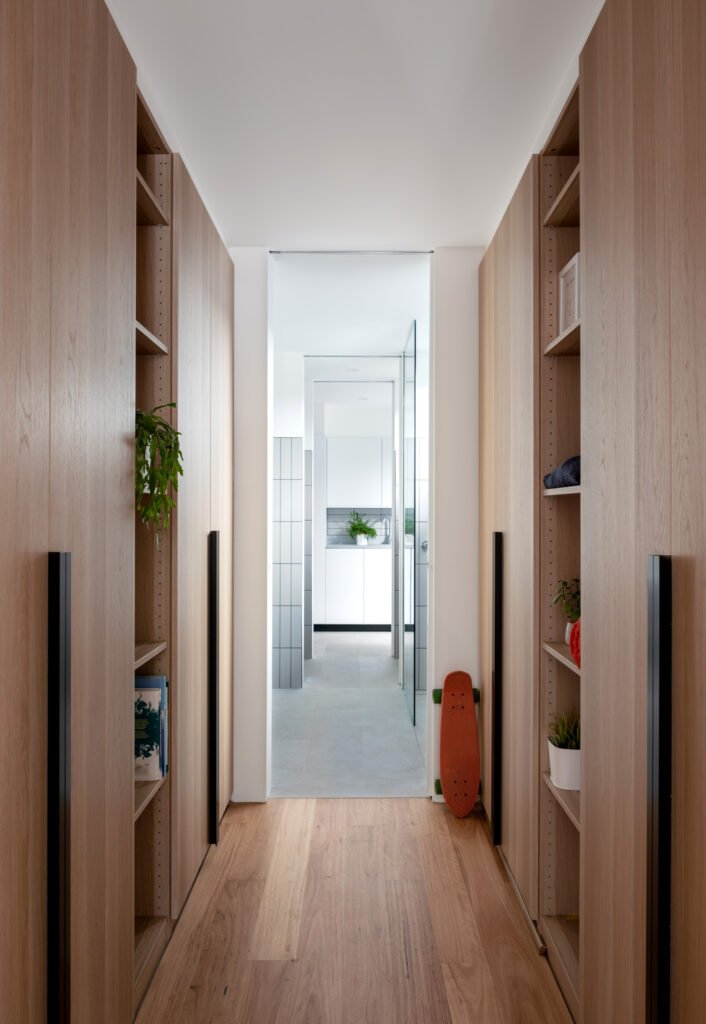 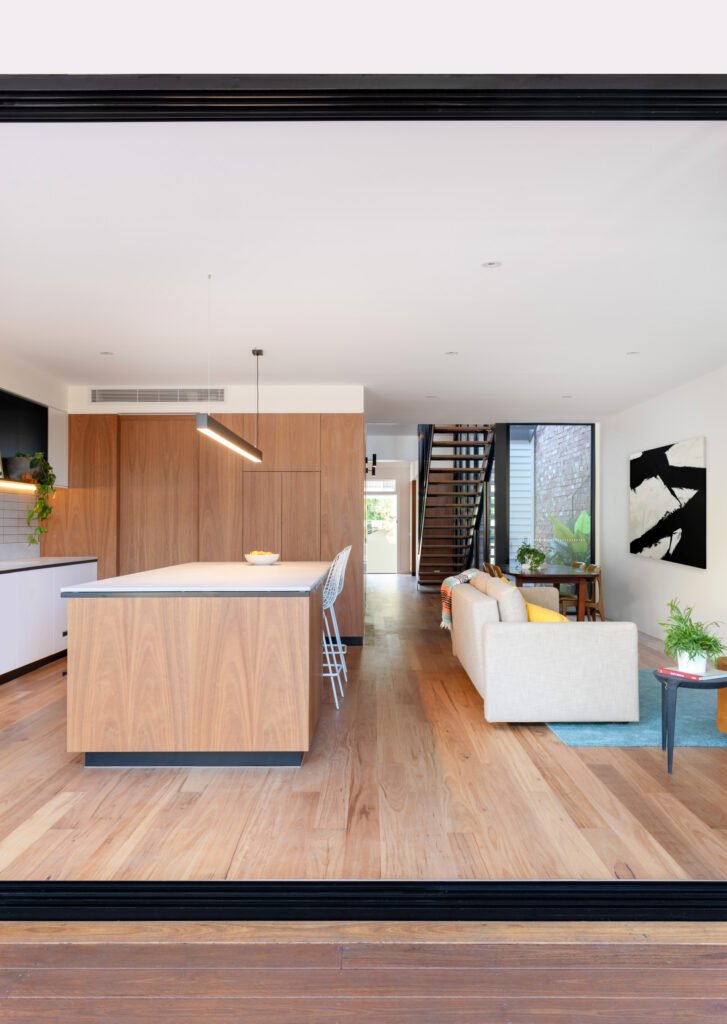 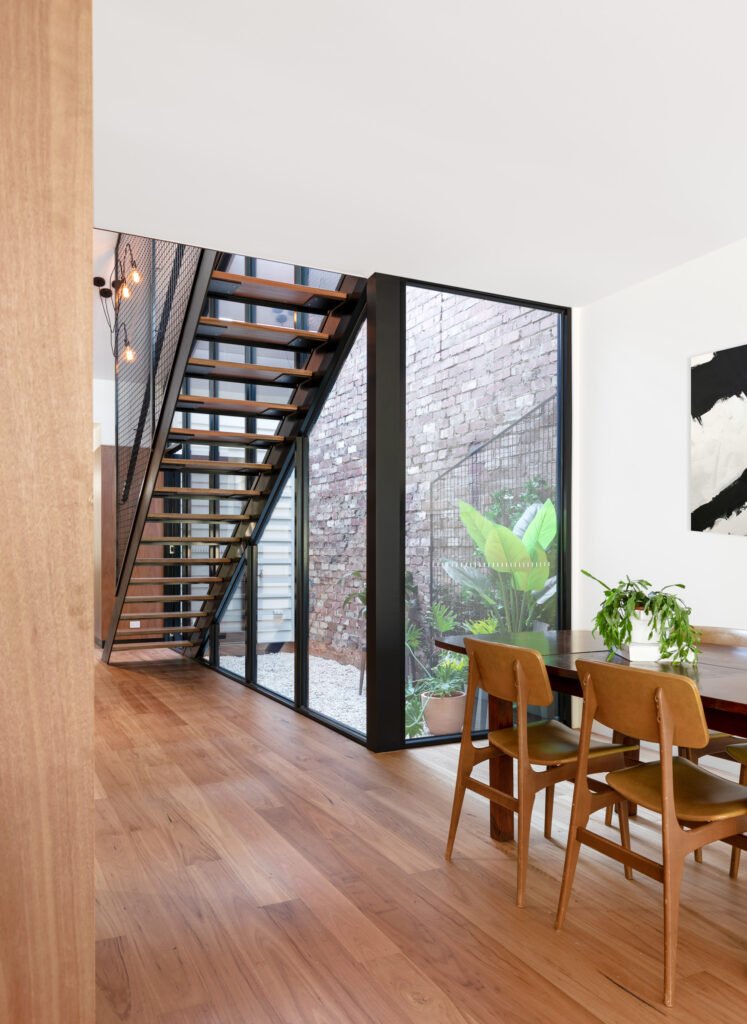 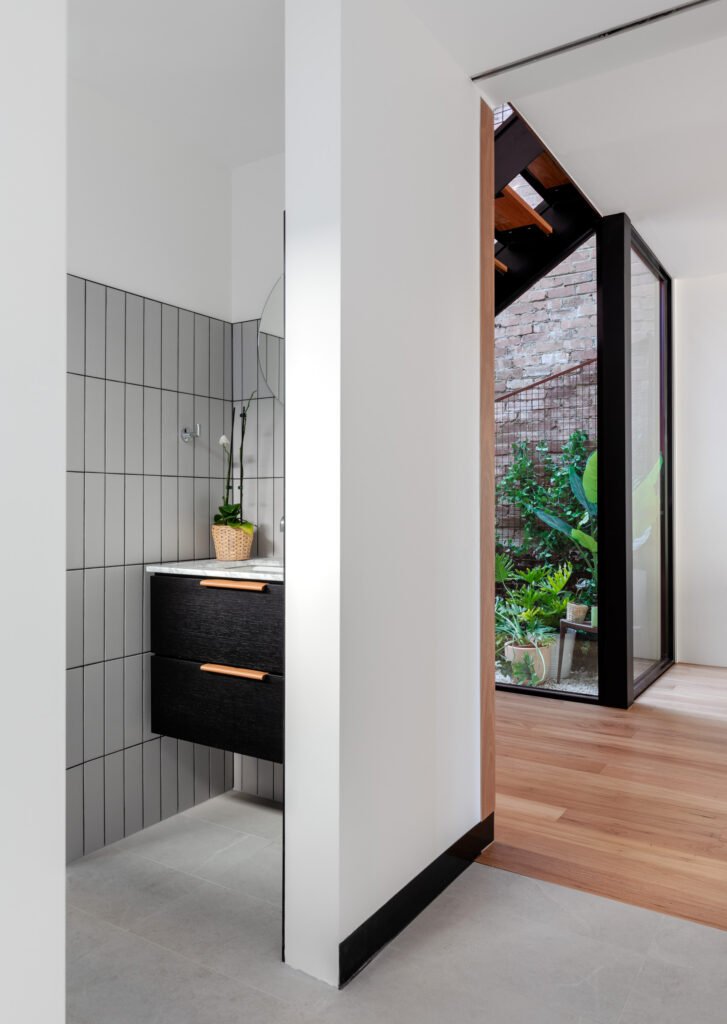 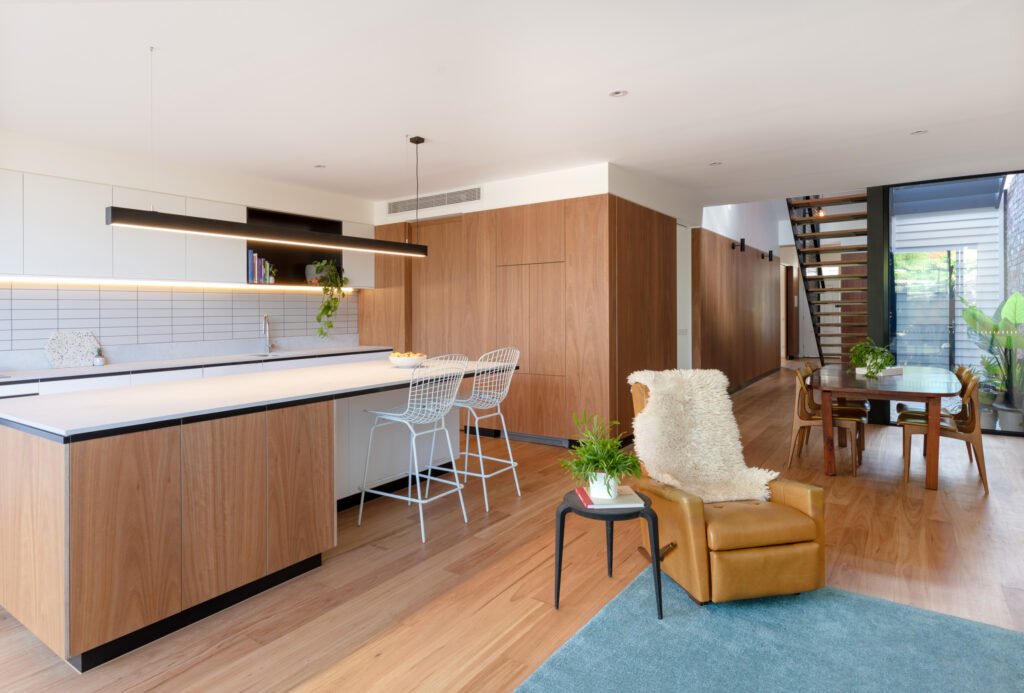 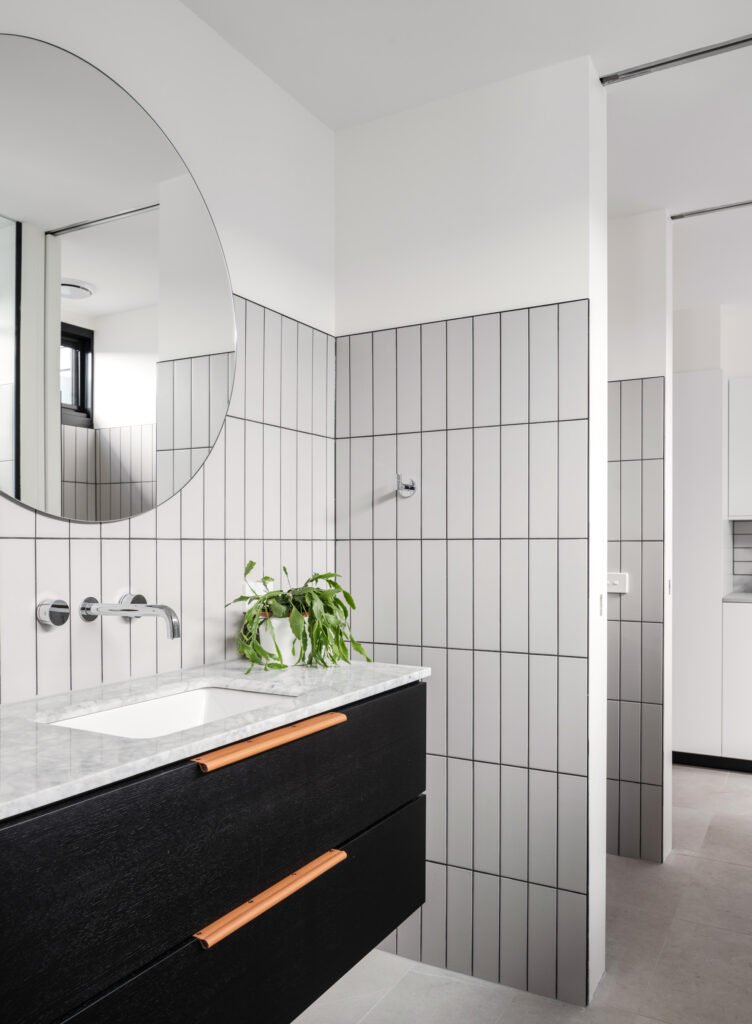 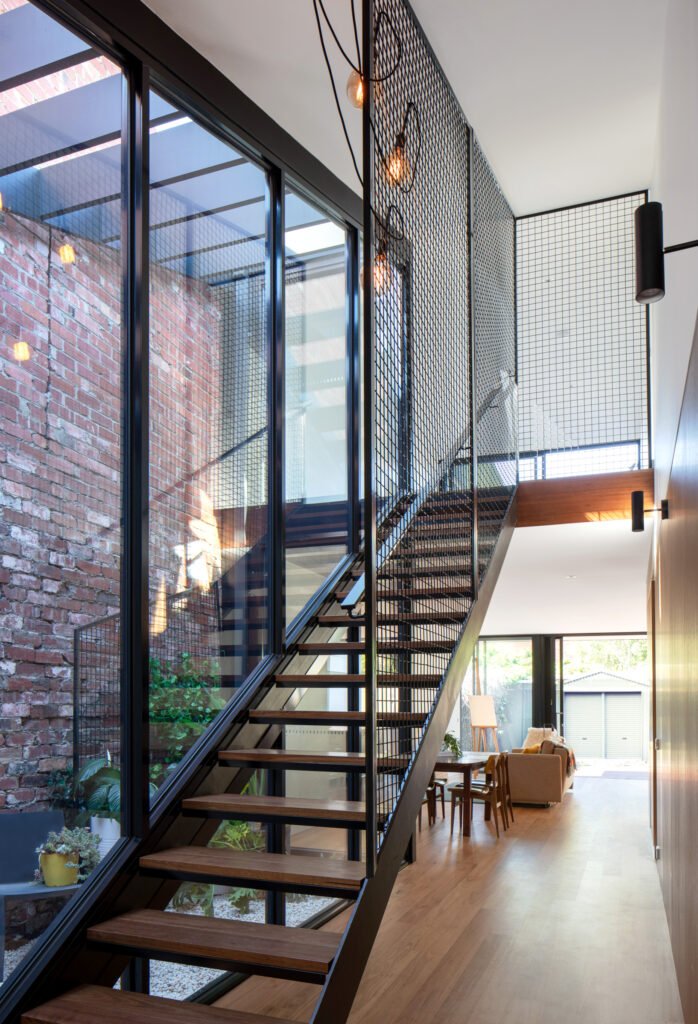 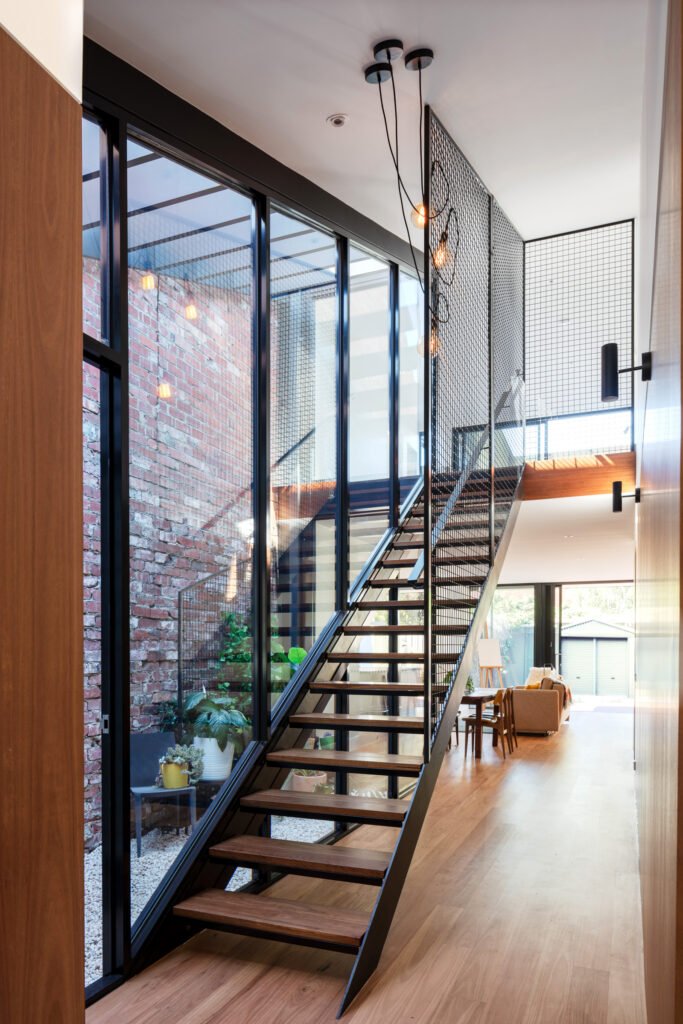 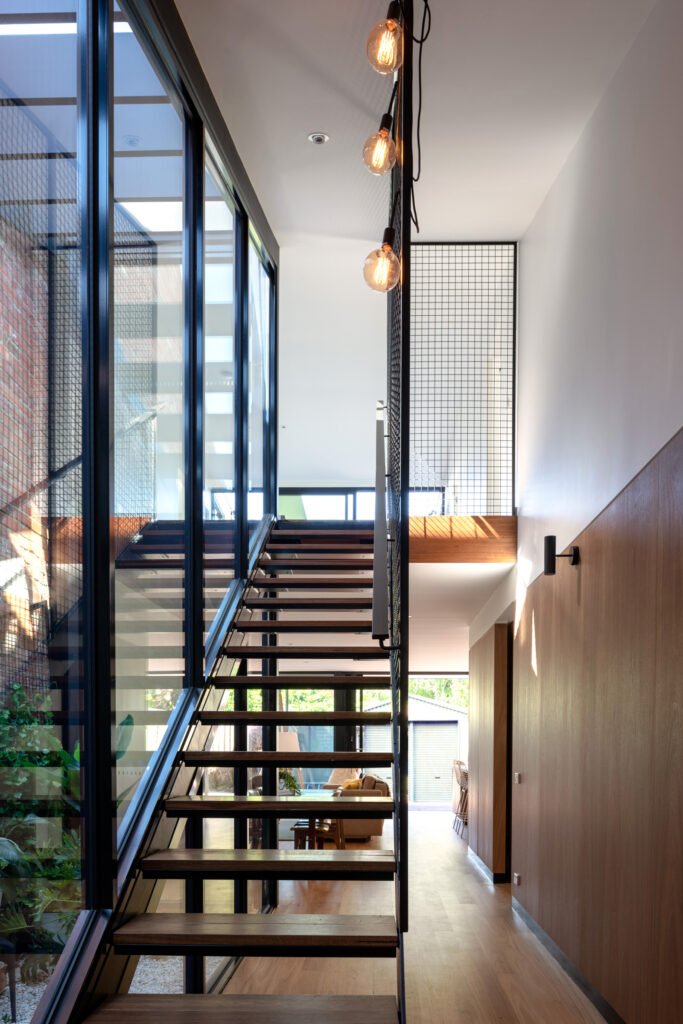 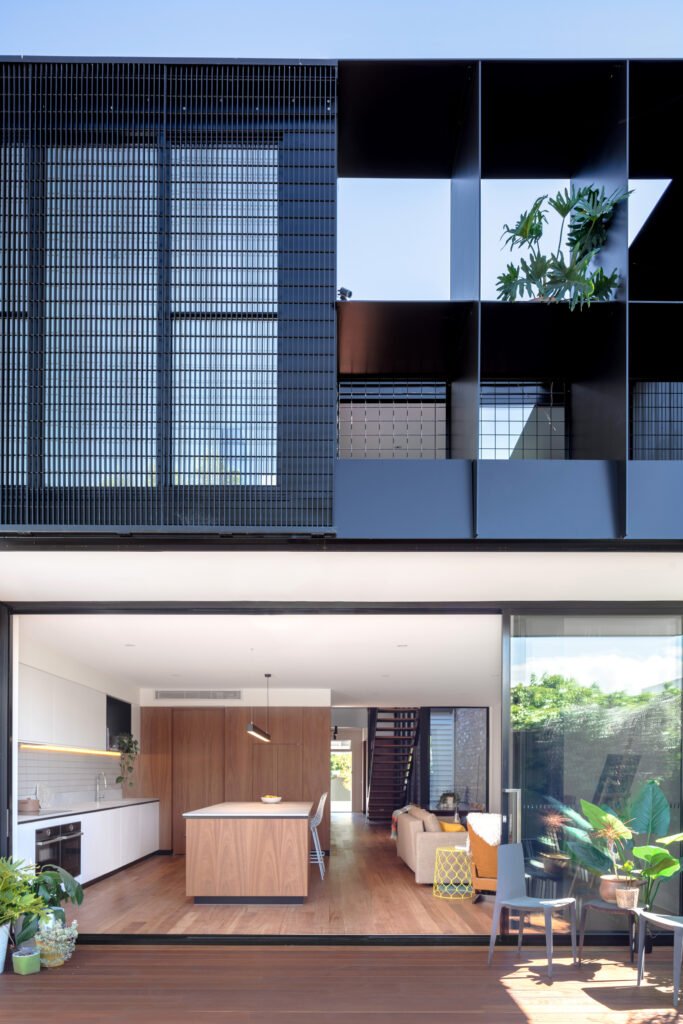 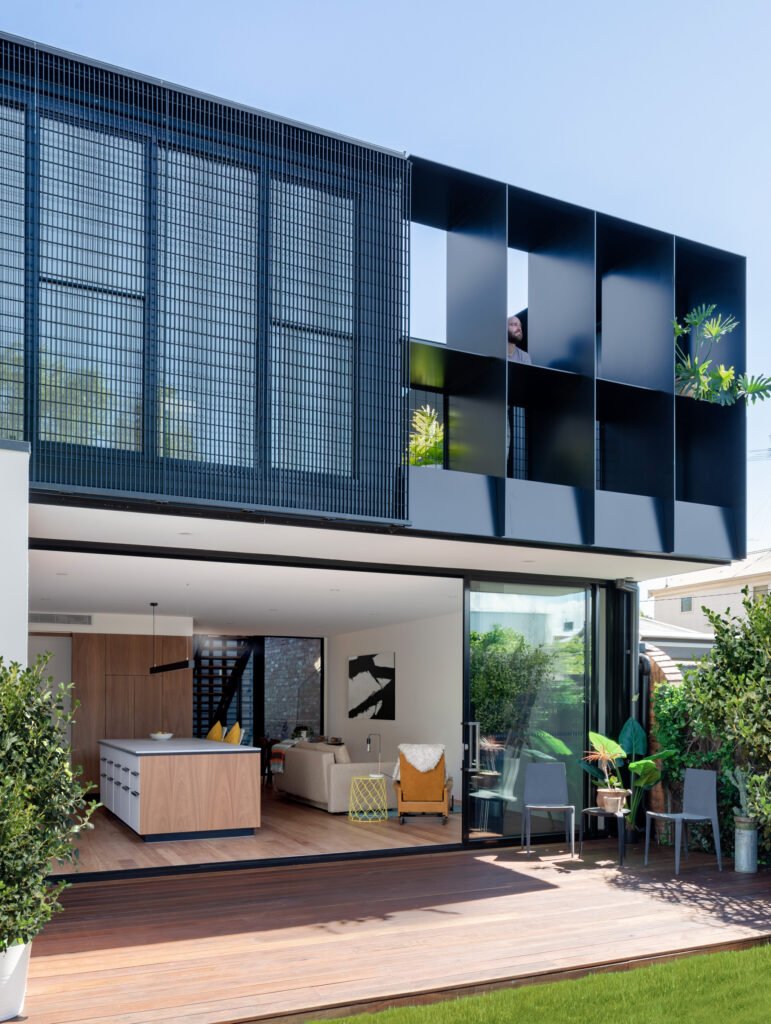 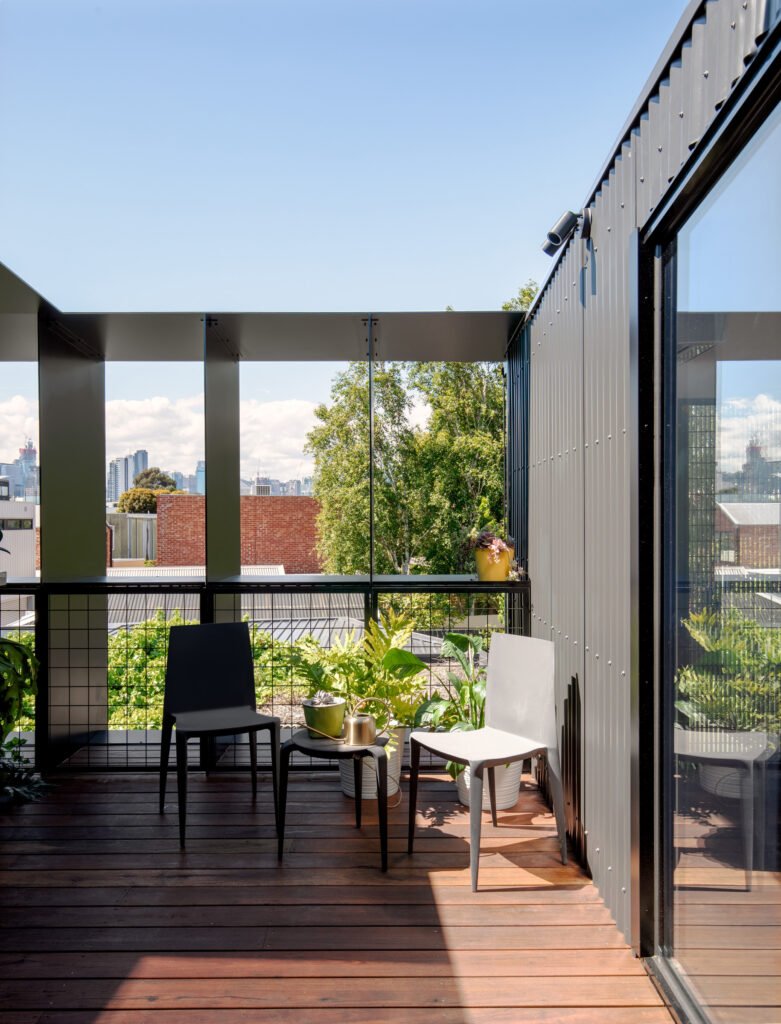 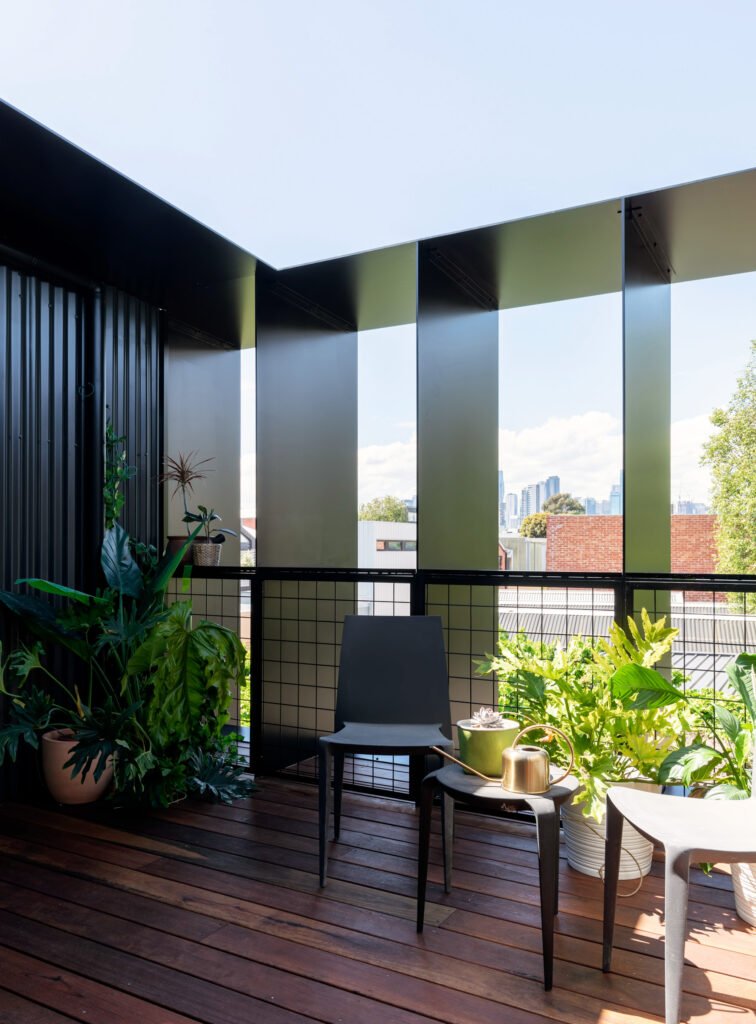 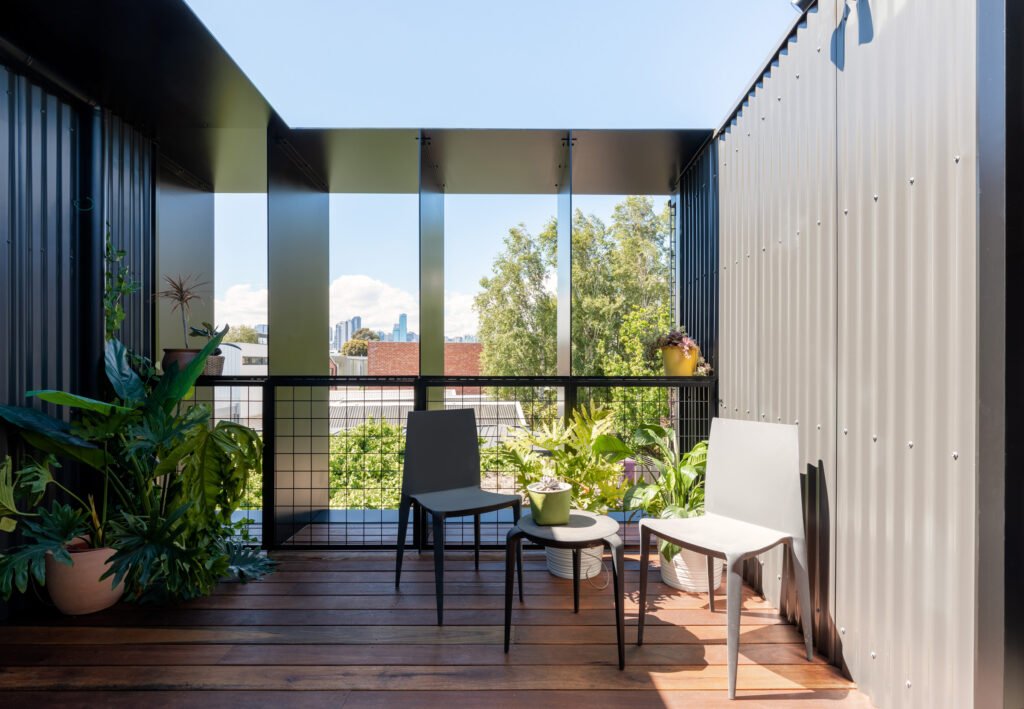 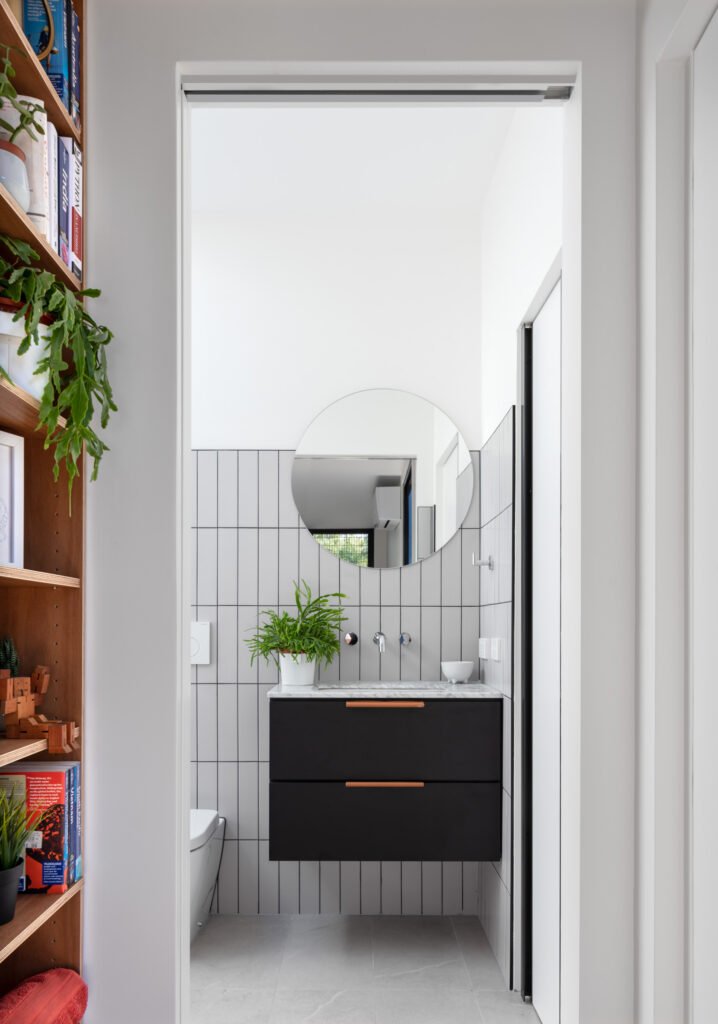 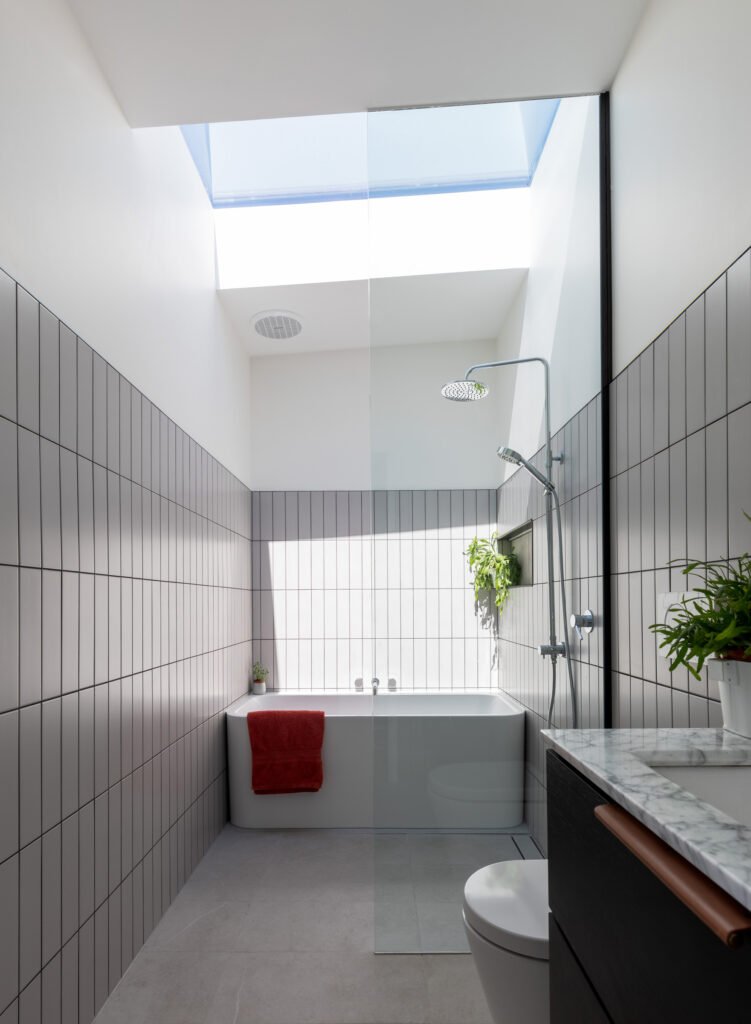 Nearly hidden behind the facade of a heritage protected workers cottage in Port Melbourne, Victoria, sits the Shadow Roll House. Ubiquitously clad in dark grey corrugated steel, the design for this new home features a rolled roof line which allows the newly built form to recede in a shadow-like fashion behind the heritage streetscape. Internally, the curved ceiling becomes a feature allowing for a double-height void and visual connections between first and ground floor open spaces. The first floor spaces benefit from blinkers like baffles and screening which help focus and preserve views to the north and the Melbourne CBD skyline while preventing overlooking to the adjacent neighbours private open spaces.

Blackbutt flooring and joinery are set in contrast to black steel screens, balustrades, shelves, and window frames to add detail and warmth throughout the interior of the home. Strong datums in living areas and wet spaces were derived from standardized material sizes and add logic and organization while reducing waste.

Two internal light courts strategically pierce the design between old and new and allow for light and ventilation to penetrate deeper into the narrow and inner urban site. Efficient space planning allows for flexible use of spaces and a zoned but visually connected interior which allows the home to feel larger than it actually is. The resulting outcome fulfills the brief to create a sensitively inserted yet striking new family home that is ready for another century of service.